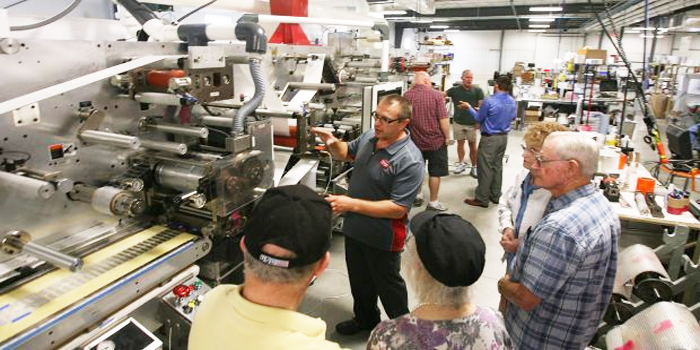 A Culture of Innovation

The next time you see one of those inventory barcodes on a piece of equipment at a business, there’s a good chance it came from Mason City, Iowa.

Metalcraft has been making customized asset tags to identify products since 1950, when a man here named Allen Patton developed a metal nameplate to identify staplers for the Bostitch company. Still in Mason City, Metalcraft has continued developing identification solutions for a large range of needs. It focuses on durable products that are numbered, according to COO Kyle Bermel. “A lot of companies make labels,” he says, “but not a lot are numbered.” The addition of numbers allows businesses to manage large amounts of property through databases. “Our customer base is diverse, anything from mom and pop shops to large-enterprise businesses, identifying everything from porta potties to computers,” says Bermel. “Anything that needs a number, we have a product we can sell.”

Approximately 80 percent of its customers in the past two years are businesses within the United States, and the rest are based internationally. The company employs about 120 employees, with 110 of them working in the 46,000-square-foot facility at 3360 9th St. SW. The remainder are mostly sales staff around the country. “We feel we have a decent reputation in North Iowa as an employer, but people here don’t know of us unless they’ve heard it by word of mouth, because we don’t sell as much in North Iowa,” Bermel says. 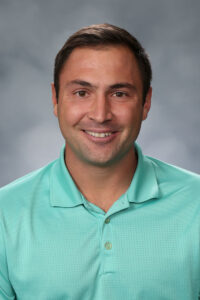 Bermel says the company’s innovation and technology have kept it growing through the years. “We started with crash-indented metal nameplates for Bostitch staplers. Then we started making photo-anodized products, like photo exposing on metal. We got into barcode numbers in 1984 and then looked into polymers.”

The latest developments at Metalcraft include RFID (radio frequency identification) technology. The ability to read digital data from a tag through radio waves means a worker can use an electronic device to take inventory in an entire room without having to hunt for barcodes. It also lends itself to creative solutions, such as making an automatic payment from customer accounts, timing runners in a marathon, or allowing vehicle access to a gated community. “Our product offerings are broad, while typically others do one thing,” Bermel points out. “It allows us to listen to customers about their application and then develop a product for them. We want our customers to be successful, not just make a product. We’ve seen a lot of applications, and we’re trying to put them in the right product.”

Most of MetalCraft’s larger customers already have the technology to manage data from the tags, but Metalcraft recently entered the software business to attract small to medium-sized companies to the tag market.

“In the last two years, we launched a software platform,” Bermel says. “We have a wholly-owned subsidiary called ARK Business Systems based in Clear Lake, Iowa.” Its product, called Grey Trunk RFID, is stand-alone, web-based software. “This came out of our innovation team, as a way to adapt to new technology,” he explains. “We saw a need for small volume RFID asset tracking. Now we’re working on RFID sensor tags, for instance to sense temperature. It’s pretty cutting-edge technology.” It’s also an example of the company’s involvement of workers and dedication to new ideas.

“We have a culture of innovation. We’ve always been problem solvers, all the way back to Bostitch. We’ve put together an innovation team. They put in front of our leadership new ideas, new products, and new processes.” This allows employees to rally around change, earn rewards, and put ideas into practice, according to Bermel. “It’s been very rewarding and continues to help Metalcraft grow.”

Walter Smeby became President and majority owner at Metalcraft in 1993. Then in 2006, Doug Peterson and Steve Doerfler led a buyout of Smeby. Peterson is CEO and Doerfler is President of the company. They established an Employee Stock Ownership Plan. “Now we’re over 50 percent employee-owned. It’s a real powerful thing as an employer. We’ve created a culture where people understand what they do has a direct impact on their future.” About sixty-five percent of the employees work in manufacturing, with the rest in sales, marketing, engineering, finance, information technology, and product development. The plant is climate controlled due to the nature of the part being produced, creating a very comfortable work environment.

Metalcraft recently branched out into temporarily making face shields for high-risk workers when COVID-19 arrived in the U.S. 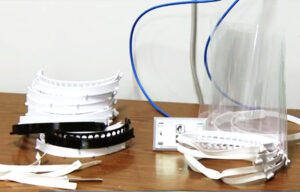 “I was traveling home from Georgia on March 11 after being at a trade show. One person there had COVID-19, and it turned out to be case number 30 in the U.S., so I had to isolate at home,” Bermel says. “I thought a lot about how are we going to retain people employed.” He started talking with others about making N95 masks, and a co-worker whose wife worked at the local hospital suggested face shields instead. Bermel began trying to put one together in his garage.

The team eventually developed a prototype and ramped up production, making them at a rate of four per second, up to two million shields. MercyOne North Iowa Medical Center and the State of Iowa were among the customers. “Basically, we wanted to cover costs, keep people employed, and provide protection. It was really neat to help people feel safe and help the local community, hospitals, and schools. Our employees rallied around it.” MetalCraft has received state and industry recognition for their innovative COVID-19 solution.

Besides its innovation and unique products, Bermel says another component of Metalcraft’s success is how they treat people: “It’s that Iowa-nice thing.”

When Metalcraft brings in potential customers and puts them up at the downtown Historic Park Inn designed by Frank Lloyd Wright, “they’re in awe of the community,” he says. “We have good schools, with different options. In North Iowa, housing is affordable, and it’s a really strong area as a whole, with lots of activities. The unemployment rate is so low that both you and your spouse can find good-paying, solid jobs. We’ve got amenities but still have that small-town feel.”