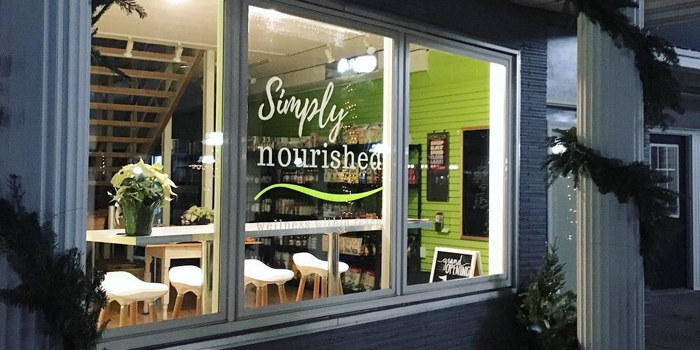 Ashley Coleman, founder of Simply Nourished, had a vision to bring a wider variety of health and wellness options to North Iowa but she never expected where her vision would take her. Ashley opened the fan-favorite shop in 2015 in a small storefront across from their home in Clear Lake, Iowa. “The whole building came up for rent,” Ashley said. “Out of nowhere the building opened up. From October to January, we literally had a grocery store in three months.” But it was a journey to get to that point, and the Ashley’s journey with Simply Nourished is still evolving. 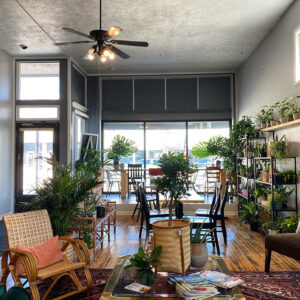 Simply Nourished is a specialty, organic and local grocery store, something Ashley felt there was a ready niche for in North Iowa. All products are carefully researched, to ensure that the store carries only the healthiest and least processed products available, while also being as local as possible. Factors such as organic content, production methods and a company’s social responsibility are also taken into account. But the store itself is more than its contents.

“We wanted to create an extra-ordinary experience – just a meaningful experience for people,” Ashley says. The goal was to make eating healthy easier for the customers – hence the name. “We wanted to take away as many barriers as we possibly could. And the biggest part – is really the community focus. We have a real sense of community which lets us also be an avenue for health education.”

Ashley had never planned to own a grocery store. She and her husband, Shea, moved to Clear Lake following his discharge from the military to be near both sets of grandparents. They opened a gym. Ashley got involved in the local food movement. She says, “Before I ever had a shop, I was part of a Clear Lake local food committee.” In Clear Lake, Ashley found a community who also cared about local food, helping them put on the first farm-to-fork dinners in North Iowa.

Ashley’s journey into healthy food began when she and her husband adopted their son Mikha, who had multiple health issues, including celiac disease, an autoimmune disorder where the body cannot tolerate gluten. “Mikha was the reason I got into studying food,” says Ashley. “I have a degree in writing. Nothing on health or wellness.” She did a lot of research on food, and did some health education for free at the gym. People started asking her where she bought her food. “I was shopping from six or seven sources – like Minneapolis once or twice a month – to get the things I wanted.” She could tell people were discouraged with that answer and the long distances involved, and they pressed her to open a store locally. “Both Shea and I said no, we don’t want to open a store.” But people kept asking.

“It was never part of the vision, until we saw the need. Ultimately, it was just hearing that need over and over.” Ultimately, Ashley saw that there was a strong, on-going need for allergy-friendly products, an interest in locally sourced food, and a hunger for additional food training and education in North Iowa.

Ashley sees the store as continuing those relationships that started in 2012 with the local food movement, starting with the people who shop the farmers markets or buy direct from area producers. The local food movement has been making great strides in North Iowa – not just with Farmer’s Markets but also farm-to-fork dinners, expanding product availability, educational events and seminars, and increasing access to fresh fruit, vegetables, and meat across the region – all with involvement from committees and non-profit organizations made up of North Iowans passionate about the local food scene. 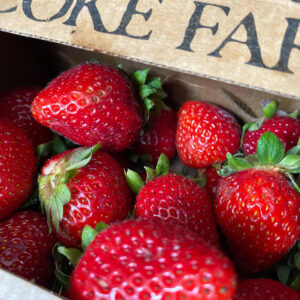 Simply Nourished brought the convenience of local foods to the grocery store. “We were the first retail store in North Iowa offering local products,” Ashley said. “I think we’ve given our producers the confidence to expand, and new producers the confidence to get started.” Simply Nourished also sells natural wines, and offers a grab-and-go deli. The entire store is gluten-free.

The uniqueness of the store is not lost on her. Ashley said, “It’s something you’d expect to find in the bigger cities, and people are recognizing the value of this store in rural North Iowa.”

“I loved her model and organization and style and I just asked if she’d been willing to partner a second store,” Melissa said.

The Mason City location follows the Simply Nourished model, with a range of healthy food options, including gluten-free and non-GMO products, and an eye-catching oil and vinegar department where people can taste test and bottle a wide variety of flavors and styles. The commercial kitchen hosts cooking classes and wine pairings, expanding Simply Nourished’s mission to educate and promote healthy and local food options. Eventually, the Mason City location will also offer a rentable commercial kitchen that Melissa said she thinks of as a small business incubator for food.